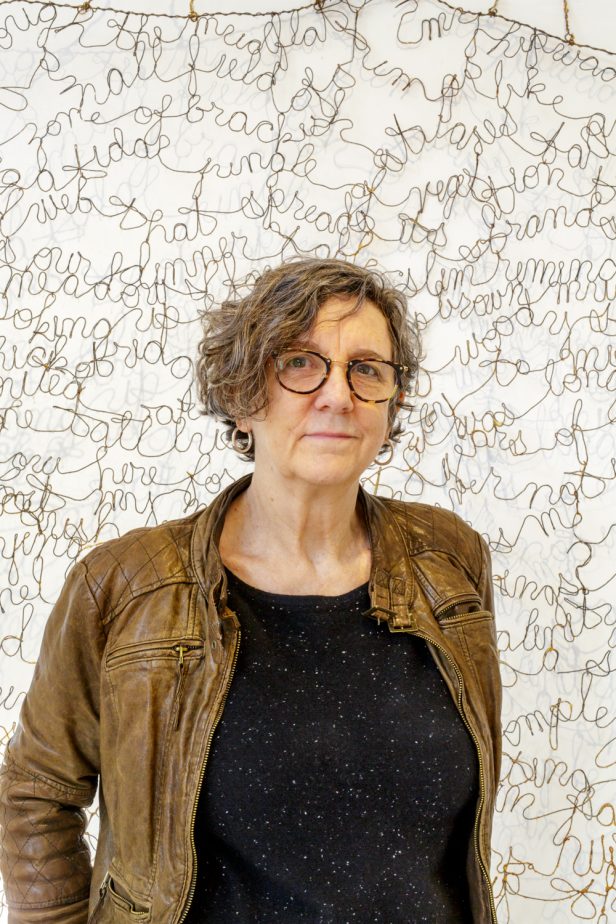 Mary Coss is an interdisciplinary artist known for haunting installations that explore the human condition. Born in Detroit to a family of makers, Coss traveled and lived throughout the country and settled in Seattle. She received her MFA from Syracuse University, Dept. of Experimental Studios. This hybrid sculpture and media department introduced a life-long interest in layering social relevance with sculpture, projection and sound. Coss puts familiar themes into new contexts to explore the intersection of the natural and cultural worlds.

Coss has garnered an international profile as travel and cross-cultural relationships are integral to her practice. These  partnerships include a cultural exchange and exhibit at Candyland Arts in Stockholm and Museo Civico Palazzo della Penna in Perugia, and artist engagements in Ireland, Turkey and Guatemala. Past residencies include Willapa Bay, Playa, James Washington Foundation, Cornish Incubator, and Cill Rialaig and Greywood Arts in Ireland.

Coss is a cultural worker evidenced by years of mentoring, teaching and curating projects that infuse the arts with social justice. She has taken on leadership roles in diverse settings, including her role as cofounder for a variety of institutions including:  METHOD Gallery,  a youth public art program at SEEDarts , Reach (formerly CASA) a rape crisis center that flourishes after 30 years, and Borealis Festival of Light in Seattle, WA.

Silent Salinity article in The Stranger