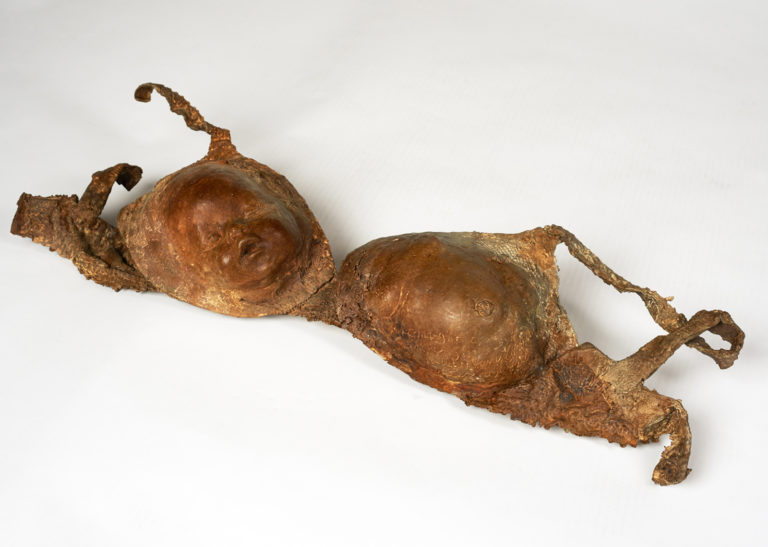 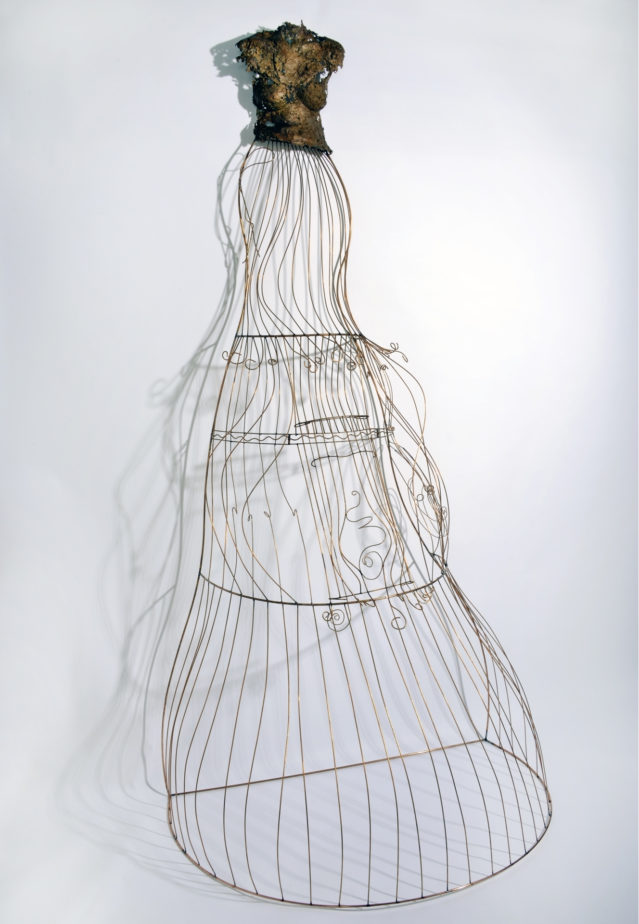 Amour of Armour is a body of work about society and gender that contemplates seduction, power, and control. I use bronze, the material of war implements and body armour, to present intimate imagery and to memorialize a moment in time. An emerging breast shows both its strength and its vulnerability. 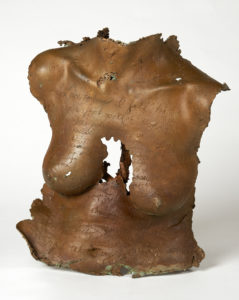 The very year that the US congress started to limit women’s rights over their bodies is exactly 100 years after Margaret Sanger initiated what would become Planned Parenthood. I was inspired to honor the female body and use it as a statement about seduction, power, and control; and to question social mores of gender.

“Gilded cAGE” reflects on the Gilded Age. It was a time where society lay corrupt under a gilded surface layer. Just as Mark Twain coined this term for the late 19th century, current business and politics have developed to a similar social condition.

Posted in Sculpture and Installation