Inspired by the fact that the suffragettes communicated via chalking, I readily accepted an invitation to be part of the inaugural Pacific NW Chalk Fest. My idea to revisit Public Debt to the Suffrage 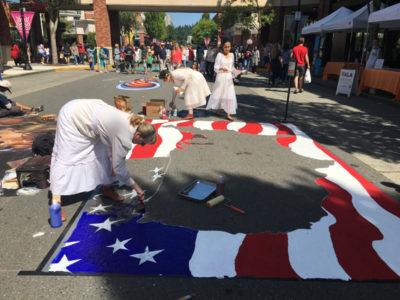 tte was to bring attention to the current attack on voting rights. Across the country, politicians are engaged in voter suppression. They are creating obstacles to registration, limiting early voting and requiring strict voter ID, including requirements that weigh heavy on communities of color. Then as summer hit, the president pushed his mythical voter fraud claims to a new high by appointing the voting rights suppressor in chief Kansas Secretary of State Kris Kobach to lead the voter fraud commission, Presidential Adv 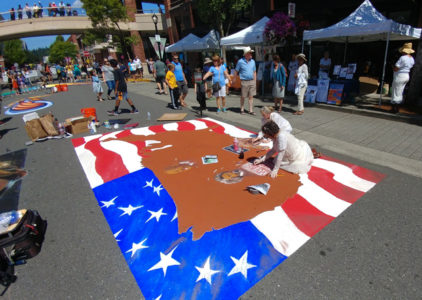 In late August, several women dressed in Victorian era white costumes joined me in Redmond at a new chalk festival organized by Terry Morgan of Modern Enterprises. We created a 16’ wide chalk drawing that included a flag with a cut out of the US filled with pictures to tell a history of voting rights. We drew images of historical voting rights advocates while talking with visitors about their roles in preserving the right to vote. Several young girls were shocked to hear that women weren’t able to vote befor 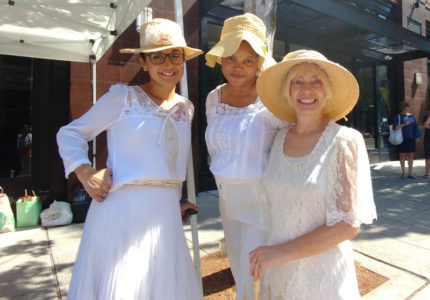 e the 19th amendment granted women the right to vote in 1919. Young boys of color were also surprised to hear that they were kept from voting until 1975 when the Expansion of Voting Rights removed many limitations.

It is a long tough battle that is still being waged (or raged). I invited the  League of Women Voters of Washington  to join us and they set up a booth to register voters. They also ran a mock election for children to vote for president, Wonder Woman won. The Chalk Festival ran three days and broke all records of visiting public to Redmond Town Center. 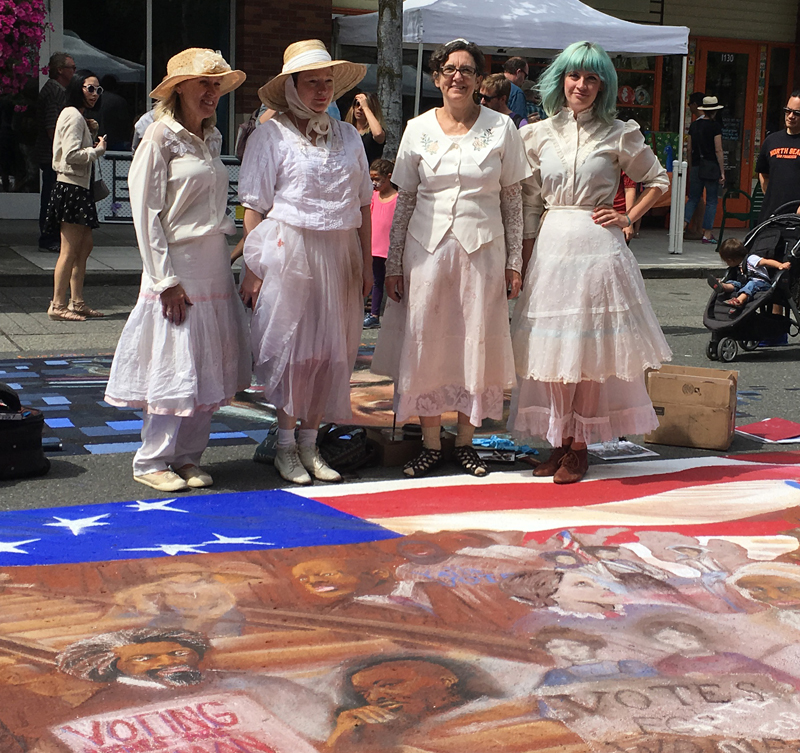